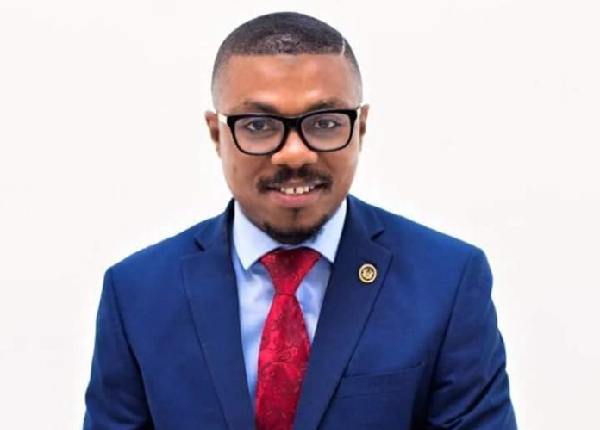 In November 2019, the United Nations Education, Scientific and Cultural Organisation (UNESCO) named March 14, of every year as the International Day of Mathematics.

This was in recognition of the central role Mathematics has in our lives. Prior to that, the day had been celebrated as World Pi Day, after the famous mathematical constant, the first three digits of which are 3.14.

In the American rendering, 3.14 is March 14, hence the choice of that date.

The date also has great significance for two of the most celebrated figures in science. On March 14, 1879, Albert Einstein was born.

Just 26 years later, the publication of his Annus Mirabilis papers changed physics and altered how we conceive light, matter, time and space.

It is also the date on which another giant of science died. Professor Stephen Hawkins’ research on black holes and the big bang tremendously expanded our understanding of the universe.

The term mathematics derives from the Greek word “Mathematics” which means “knowledge,” an indication of the centrality of the subject to all scholarship.

The study of mathematics is essentially a study of four major related concepts.

The study of mathematics helps develop essential skills that are useful for living life meaningfully.

These skills include creativity, critical and spatial thinking, investigation and problem solving and the ability to grasp abstract concepts.

Without mathematics, our lives, I daresay, would be journeys from chaos to catastrophe with no sense of the distance between them and no conception of the magnitude of these disasters.

For the first commemoration in 2020, UNESCO chose the theme “Mathematics is everywhere”.

This year, it has chosen “Mathematics for a better world”. Both themes show how mathematics is suffused into the humdrum of our daily lives.

When we think of professions that rely on the subject, we tend to think of engineers and scientists. But mathematics is useful to a lot more of us.

The seamstress cannot cut her patterns without mathematical concepts such as measurement.

The fishmonger cannot sell his produce without mathematical concept of arithmetic. At home, we could not serve our potions of food if we did not employ mathematics.

In politics, we could not determine the winner of an election, or which side in parliament is the majority without mathematics.

Owing mostly to challenges with the mode of instruction and assessment, many children come to view mathematics as a difficult subject.

This directly affects the number of people willing to take it up as a discipline in later life.

This, in turn, affects the number and quality of personnel available to careers and disciplines that rely on mathematics and its applications.

When one surveys the broad spectrum of innovation and technological advancements that now define our very lives, we can see the fascinating hand of mathematics guiding all of them.

From the inexhaustible store of knowledge that is Google, to the wonders of artificial intelligence, we see the transformational effects of applied mathematics. Mathematics has been key in the efforts to sequence the Coronavirus, as our own scientists at Noguchi did last year.

This has helped in understanding the nature of the virus and in developing the vaccines and therapeutics that are helping save lives.

Unlike their counterparts in countries such as Korea, Japan and Singapore, Ghanaian children struggle to demonstrate a conceptual understanding of basic mathematical principles.

The manner of instruction and assessment, it has been found, focuses on the memorisation and recitation at the expense of problem solving and application of mathematical knowledge to everyday contexts, which are the true values of studying mathematics.

International comparative studies, such as the Trends in International Science and Mathematics Study (TIMSS) have consistently shown Ghanaian pupils performing poorly, with over eighty per cent unable to meet basic benchmarks of mathematical competence.

The Ghana National Education Assessment of 2016 showed that less than 25 per cent of Ghanaian pupils met the proficiency cut-point in P4 and P6 mathematics.

A review of Ghanaian pupils’ performance in mathematics tests revealed that they are quite comfortable with computations and algorithms.

Unfortunately, they are unable to apply the principles of these operations to mathematical problem solving.

This has been attributed to factors such as inadequate teaching and learning materials as well as insufficient instructional time. Also to blame are an overcrowded curriculum and the poor training of teachers.

We can resolve most of these by applying more resources and changing the nature of curriculum, instruction and assessment.

A study by S.D Gyang, “Mathematics Education in Proposed Junior Secondary School in Ghana” found that the manner of instruction of mathematics discouraged students.

Many of us would recognise the phenomena described in the study such as the early morning drills known as “mental” that often led to painful punishments for erring students.

It is no wonder that many of us have less than fond memories of the subject and why so few, some four decades after the study, are still wary of taking up this necessary challenge.

Central to our efforts to bring mathematics into the mainstream where it should be, would be an overhaul of the way in which the subject is taught. I am happy to observe that we are making some efforts in that direction.

As former Director-General of the National Council for Curriculum and Assessment (NaCCA), I can report that the new standards-based curriculum that we developed and is currently in operation, directly addresses this problem. And as someone whose first love was and is mathematics, I take particular pride in this fact.

I am also heartened by efforts that the government is making to improve the teaching and learning of mathematics in the country.

Through the Science, Technology, Engineering, Art and Mathematics (STEAM) centres, the national numeracy programme in collaboration with Matific and other technology-based initiatives such as iBox, the Ministry of Education is working to make the study of mathematics more fun and attractive to students.

In addition, the Mathematics and Science for Sub-Sahara programme by the World Bank, which Ghana has signed on to, will help improve teachers’ content knowledge, pedagogical practices and the use of teaching and learning materials to boost children’s understanding of mathematical concepts.

It is not as if we do not have the talent. Only last year, Roni Adom Edwin, a 17-year-old Ghanaian, won bronze at the annual Mathematical Olympiad, where he was also the highest scoring African student.

It is our hope that Mr Edwin and other prodigies like him will come to walk in the shoes of our pre-eminent mathematician, the late, great and celebrated Professor Francis Kofi Ampenyin Allotey.

In his storied life and career, Professor Allotey came to exemplify excellence in the discipline not only here in Ghana but around the world. From relatively humble beginnings in Saltpond in the Central Region, he rose to the very top of his field.

He was the first Ghanaian to become a full professor of mathematics, head of the Department of Mathematics and later Dean of the Faculty of Science at the Kwame Nkrumah University of Science and Technology.

He became famous for the “Allotey Formalism” which arose from his work on soft X-ray spectroscopy.

Professor Allotey helped bring computer education to the masses around Africa. In 2004, he was listed among 100 physicists and mathematicians cited in the book, “One hundred reasons to be a scientist,” the only African to make the list.

Indeed, Professor Allotey and his globally renowned exploits are a shining example and encouragement to all our young people, no matter the discipline that they choose to apply themselves to.

In seeking to improve our participation and performance in mathematics, the late professor’s distinguished career will be a necessary part.

That is why today, I am calling for Ghana to name August 9, the date of his birth, as National Mathematics Day, in honour of his unbelievable achievements and also as a challenge and encouragement to young talents in the country to reach for similar accomplishments.

In doing this, we will be celebrating a true national hero while sowing the seeds for the growth of his successors.

Mathematics is as central to the course of development as it is in our personal lives.

We can guarantee our prosperity as a nation by investing in mathematics, improving the teaching and learning of it and assisting those who want to make a career in it.

A generation from now, we could be in the midst of a boom in innovation and enterprise, birthed by a revolution in mathematics.

That future is ours to reach for. It is one we must aim for. And it is a future that I hope we can start to prepare for from today, as we mark the International Day of Mathematics.