Effia-Kwesimintsim Assembly to adopt ‘naming and shaming’ in coronavirus fight 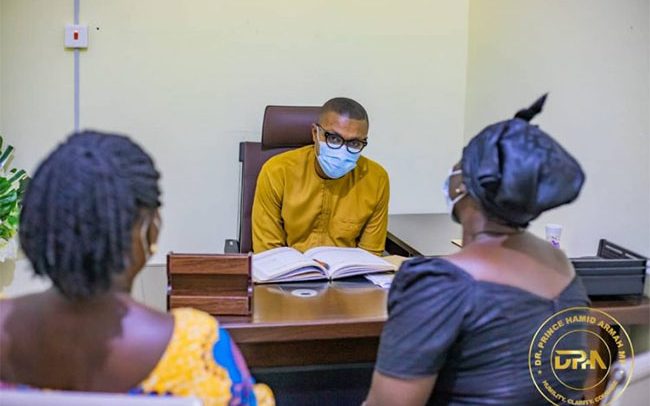 The Member of Parliament for Kwesimintsim in the Western Region, Dr Prince Hamid Armah, has engaged his constituents to listen to their plights and come out with solutions to them.

The MP told DGN Online that the initiative was one of the several feedback sections that he sought to have with his constituents.

He said it was also to create the opportunity for him to meet the people one on one to listen to their concerns and challenges they were being confronted with.

He said most of the issues raised bothered on poor road network, poor drainage systems and incessant water shortages among others.

Some of the issues were also personal problems such as lack of employment and financial problems.

“With regards to the employment issues, those, that I could help instantly, I gave them letters to be taken to some sectors for assistance”.

“And I will also make sure I do everything within my power to be able to provide assistance to those that I could not help instantly”, he added.

He indicated he would lobby as MP for the area to find solutions to the rest of the challenges.

He said he has tasked some people to monitor each issue presented until each of them is resolved.

The constituents applauded the MP for the initiative, describing it as the first of its kind in the area.

They, therefore, pledged to continue to support their MP to bring the requisite development to the area to improve the people’s living standards.