The MP for Kwesimintsim has charged members of the tertiary wing of the governing New Patriotic Party (NPP) to start work now to make it possible for the party to break the cyclical eight-year tenure of Ghana’s two leading political parties. Prince Hamid Armah, who is also the deputy chair of Parliament’s education committee, said elections are often lost not only in election years but in the preceding months and years. “Between now and December 2024, all we do must be geared towards breaking the eight,” Dr Armah said. “It won’t be easy, but it can be done …“So TESCON members must work extra hard to protect and project the government’s achievements and reassure our more restless colleagues who do not see what we are doing to fix the country,” Armah told members of the Accra Technical University (ATU) chapter of the Tertiary Students Confederacy (TESCON). He was speaking at a handing-over and freshers’ orientation ceremony on Thursday. He was quick to add that TESCON leadership must focus on assisting President Akufo-Addo to achieve the mandate given to him and the NPP and their shared campaign promises, rather than engaging in premature leadership squabbles which will only divide the party. The governing NPP is aiming to make history by retaining power in the 2024 election. It will be the first time under the Fourth Republican constitution that a government wins three successive elections in a 12-year period. 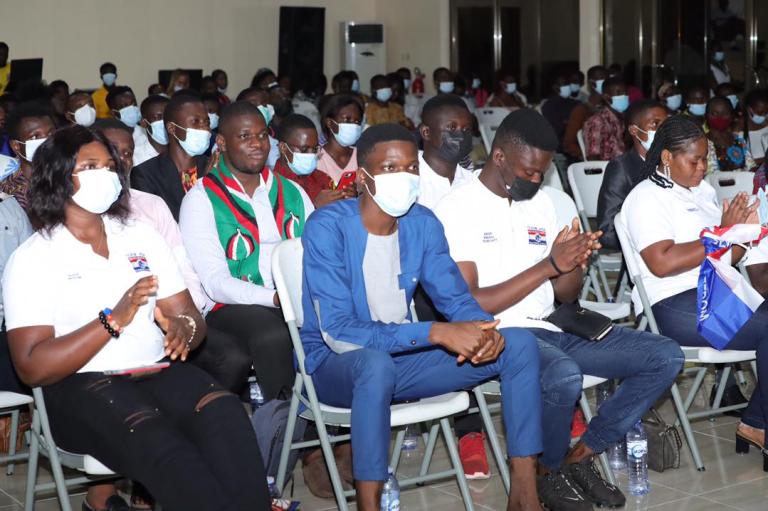 The two leading political parties – the National Democratic Congress (NDC) and NPP – have both won two elections but failed to break the eight-year jinx. This is what the NPP is aiming to do in 2024. “If we succumb to the myth of the eight-year cycle, we will fail Ghanaians, ourselves, and jeopardize our future as a nation,” said Dr. Armah, who was speaking as a special guest at the event.

The theme of the gathering was “The role of TESCON in consolidating our gains to break the eight”.

Dr Prince Armah, a former secretary of TESCON at the University of Education, Winneba (UEW), said a great deal will depend on the student wing if the party is to break the eight-year jinx. He said TESCON was founded when the NPP and its ideology were under threat in the early stages of the Fourth Republic. It took hard work and sacrifice from TESCON members to mobilise across tertiary campuses to bring the NPP to power under John Agyekum Kufuor in 2000, he said. Dr Armah said that since then, TESCON has played a pivotal role in NPP affairs, whether the party is in or out of power. He chronicled the roles TESCON played ahead of the 2000 election, the 2013 election petition and Elections 2016 and 2020.

Dr Armah, a former director general of the National Council for Curriculum and Assessment (NaCCA), said TESCON has played an “invaluable part of the party’s set-up, mobilising, spreading our message, providing feedback and working in various ways to keep the party’s mission of winning elections and changing Ghana for the better on course”. He said the stakes in 2024 will be even higher because the party cannot allow its successes to be destroyed by the NDC. “Our progress as a nation has been interrupted by the NDC’s tenures in office. The gains under Kufuor were ruined by the Mills-Mahama administrations. Now we have returned to do even better,” he declared.

And he concluded, “Right now, the party is reorganising from the ground up. Therefore, TESCON members must take a keen interest in the process, participate and, where possible, take up positions themselves to make the party stronger.”