Social distancing difficult for Whindo-Assekae pupils due to inadequate desks 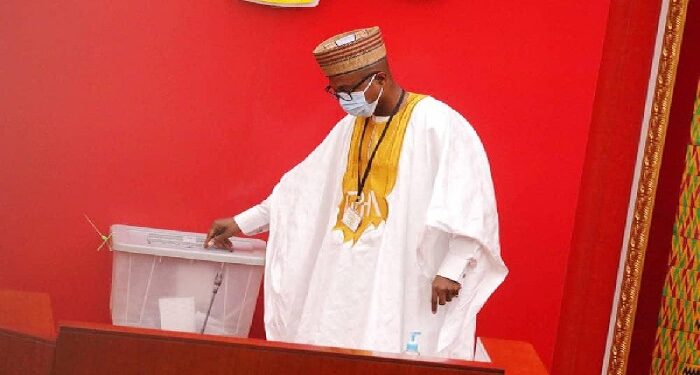 If the National Democratic Congress (NDC) lawmakers decide to be difficult with parliamentary business, Ghana and Ghanaians will be the ‘real victims.’ This is the view of Prince Hamid Armah, the New Patriotic Party (NPP) Member of Parliament for Kwesimintsim in the Western Region.

In an opinion piece on the events that characterised the swearing-in of a new Speaker on January 7, the first-time MP charged his colleagues on the opposing side to put Ghana first.

“The NDC can decide to use its near equal strength to be an obstructive force in the house. It can decide to block flagship legislations just because it can and for the perverse pleasure of frustrating and embarrassing the government.

“But the real victims of this scorched earth approach would be the men, women, and children around the country who sent every single one of us into the House to fight for them and not each other.

According to him, given the current scenario of a sharply divided house, there was the need for both sides to work together to strengthen the institution of parliament by charting the path of consensus building and actions that serve the national interest.

“The other way, and the one I am confident we will take, is to take this situation as a golden opportunity to strengthen Parliament itself, assert its constitutional role of oversight and take into account opposing opinions with the view to improving our service to the people of Ghana,” he added.

The MP is a former Executive Secretary of the National Council for Curriculum and Assessment (NACCA), he resigned that post to contest the seat. He won with over 64% of votes beating the NDC’s Buckman Philip Fiifi who got 35% of valid votes cast.

Parliament adjourned after the January 7 swearing-in of President Akuffo-Addo, sitting resumes on January 15 when it is expected that the question of majority and minority sides will be officially settled.