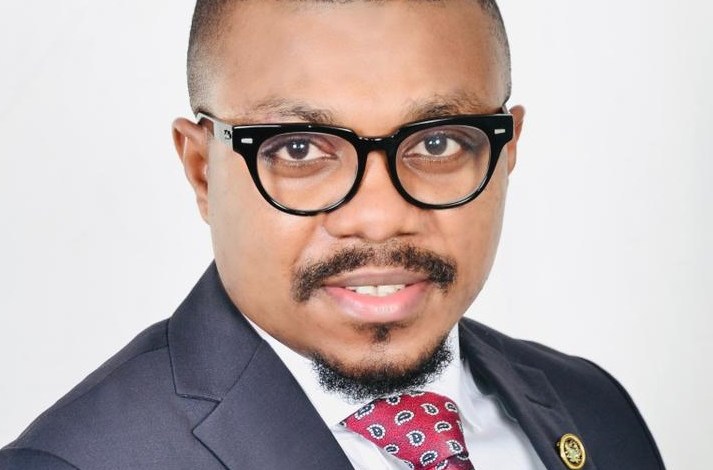 The MP for Kwesimintsim in the Western Region, Dr Prince Hamid Armah, has challenged critics of the Free SHS programme to support the initiative to succeed, instead of trying to undermine it.

In an opinion piece to Asaaseradio.com, Dr Armah addressed criticisms of the policy and expressed his confidence that a generation from now, the fruits of the programme will be manifested in a more numerate, literate and skilled workforce capable of building a sustained economy for the country.

He cautioned that when that happens everyone must remember the role they played and the positions they took during the infant years of the programme.

While he welcomes criticism of the programme, the deputy chairman of the Parliamentary Select Committee on Education said the criticism must be one that will “build up” the policy and not “tear it down.”

Others, Dr Armah believes, never wanted the programme to succeed and are looking for ways to justify their opposition. He expressed concern that “we can have a former minister of education accuse young people of cheating in an international examination merely because their performance laid waste to the doom song she and others had been waiting to sing.”

His comments come in a week when the Free SHS programme has made headlines with students, parents, teachers, heads of schools, political party bigwigs expressing their opinions on the policy which has been implemented over the last four years.

Some of the critics of the programme are alleging the policy will reduce the quality of education largely because of the double track element involved.

They also claim that even though the policy is supposed to be free, they are having to spend a lot on extra classes. They would rather the programme was scrapped entirely or that government targets the policy at people who cannot afford.

The vice-presidential candidate of the National Democratic Congress in the 2020 elections, Prof Jane Naana Opoku-Agyemang has also waded into the debate criticising government for poorly executing the programme and also accusing students in the 2020 WAEC examination of widespread cheating.

Dr Armah recalls “that in the 2012 campaign in particular, communication from the then incumbent National Democratic Congress revolved mainly around the Free SHS policy and the fact that, in the eyes of the then president and his party, it was a pipe dream merely canvassed in the search for gullible votes. The story was no different in 2016.”

He said even though the Akufo-Addo led government kept faith with the promise to implement the policy and within nine months of its tenure in office, implemented the policy, which has benefitted over a million students, critics still are unrelenting in their condemnation of the biggest programme.

“From day one, many of our citizens have sadly sought to find and promote adverse news about Free SHS and where none were available, some have been happy to create some. We were warned by the doomsayers that Free SHS would compromise the quality of secondary education. Long standing difficulties in our educational sector are suddenly attributable to nothing else but the fact that many more of our young ones are– deservingly – securing secondary education,” he said.

Pointing out what he said are some of the fallacies in the criticisms of the policy, the former director-general of the National Council for Curriculum and Assessment said the comments about fallen standard of education, lack of funds to implement same, are at variance with the facts on the ground.

“First, there are many who believe that the policy should have been targeted at only those who are unable to pay, understood in the social protection literature as means testing,” he cited, before pointing out that “When the framers of our constitution made secondary education a right that should be progressively free to access, they did not accord special status to any class of students. This is because they recognized that social rights are diluted in impact and acceptance if only some classes of people are accorded it,” he stated.

He found it interesting that the same people who claim they should be allowed to pay, are the same ones complaining of having to spend more on extra classes even though they are enjoying the Free SHS policy.

He also stated that claims that the double track policy has reduced the quality of education are untrue.

“Available data suggest that this innovation alone doubled enrolment at double track schools, allowing nearly two hundred thousand students into the secondary school system in the first year of implementation alone. It can be argued that while both the traditional agrarian calendar and double track have been proven empirically to be beneficial to students, double track appears to be more favourable to students from disadvantaged backgrounds, the very group who stand to gain the most from the Free SHS policy,” Dr Armah said.

On the issue of contact hours, Dr Armah observed that, “opponents claim that the system has reduced the contact hours that students had previously, pointing at the number of days that some students spend in the school and comparing with other tracks and previous systems. In fact, a review of the dataset would show that the opposite to be the case. Under the previous trimester system, students spent eight months and two weeks in school each year, with a total of one hundred and eighty teaching days and one thousand and eighty contact hours. Under the current semester system, they spend two weeks less in school and have one hundred and sixty-two teaching days but manage to clock one thousand, one hundred and thirty-four contact hours each year. This has been possible due to the innovative use of time and facilities inherent in the double track system.”

He said despite the challenges of the COVID-19 era, government has remained faithful to the policy and has disbursed a total of GHC 1.97 billion for the implementation of the policy this year, which is a significant increase from the GHC 400 million it spent in the very first year of implementation.