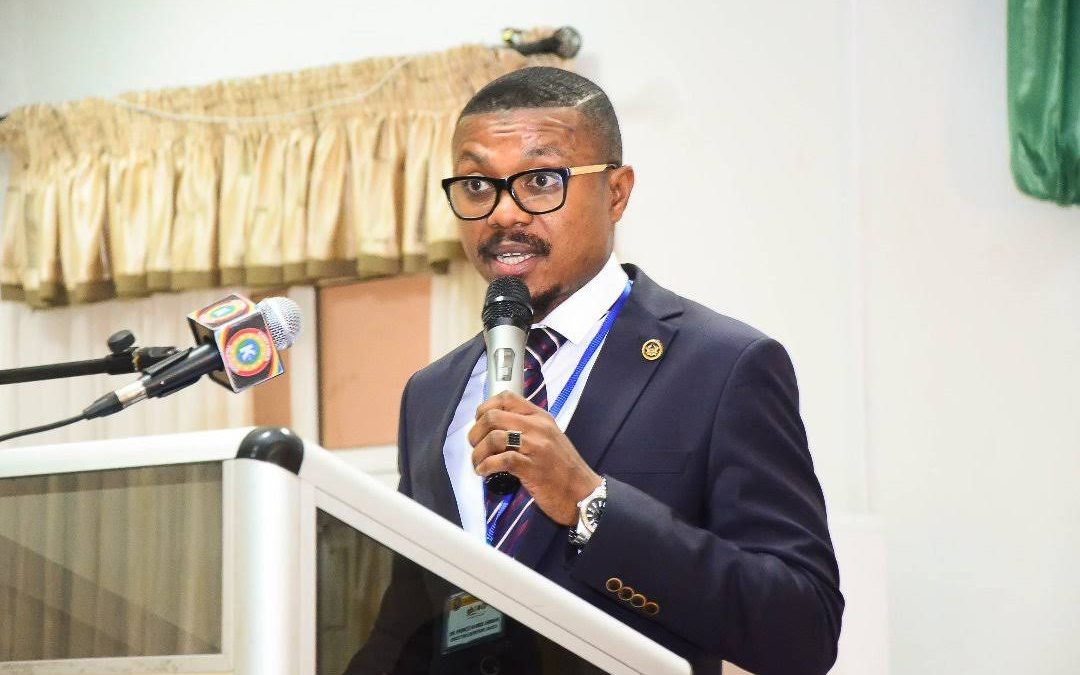 Before it rose from the first meeting of its first session, the eighth Parliament passed the 2021 budget statement and economic policy presented by the Majority Leader, Honourable Osei-Kyei Mensah-Bonsu, on behalf of His Excellency President Nana Addo Dankwa Akufo-Addo. This means that government now has the legal authority to implement its policy objectives as captured in the budget statement.

The 2021 budget has the overall purpose of restoring the economy to growth following the trauma of a global pandemic that upended economies around the world, including ours. It also seeks to consolidate the many policy gains from the president’s first term in office.

In the education sector, the government’s policy intentions appear consistent with the aims set out in the 2018-30 Education Strategic Plan (ESP), which I was privileged to help finalise as one of a few technical persons drafted by the Ministry of Education for that task. The ESP aims to boost access and equity, improve quality, increase relevance, improve efficiency and effectiveness and ensure sustainability. These are in turn linked to the overarching national objectives to meet the Sustainable Development Goals espoused by the United Nations in 2015.

Intentions are one thing and cynics might say a budget is just a wish list but the government’s record in education prove that its words are anything but mere platitudes. An examination of the record should prove to even the most sceptical that it has the alacrity and the drive to deliver on its targets.

In its first four years in office, this government demonstrated its commitment to education, following through on its ginormous ambitions with spending to match and ensuring the effective implementation of its plans. In 2017, for example, the government spent GHc 10.5 billion on education, over a billion more than the GHc 9.08 billion that was spent in 2016. The increases continued over the entire term – GHc 12.7 billion in 2018; GHc 13.3 billion in 2019; and GHc 14.7 billion in 2020. In this budget, it has committed to a further increase in education sector expenditure, projecting to apply GHc 15.6 billion on the education this fiscal year.

This spending pattern has, in some significant areas, led to positive educational outcomes. In the last four years, we have seen improvements in access, retention and completion for Ghanaian children at all levels of education. In the 2016/17 academic year, for example, there were 4,393,061 in primary school. This number leapt to 4,511,268 in the 2018/19 academic year. Government policies, including the unprecedented Free SHS programme and the absorption of registration fees for Basic Education Certificate Education candidates, meant that an exponentially larger number of students were able to transition from junior secondary school to senior high school, which hitherto remained the greatest point of school dropout.

In the 2019/20 academic year, there were 1,200,580 students in senior high school, compared to the 813,448 enrolled as at the 2016/17 academic year. Worthy of note also is the fact that contrary to research expectations, the first batch of students on the Free SHS scheme outperformed their international counterparts in the West African Senior School Certificate Examinations, with more than half attaining the qualifying grades for entry into tertiary institutions.

And it’s not just grammar-type SHS enrolment that has improved. There have been significant increases in Technical and Vocational Education and Training (TVET) enrolment, which stood at 53,171 in the 2015/16 academic year and had risen to 59,583 by the 2019/19 academic year. Gross Enrolment Ratio at the tertiary level now stands at 18.8 percent, among the highest in the sub region, with this government laying the foundation for an increase to a globally respectable 40 percent by 2030. Of course, this has to be backed by commensurate expansion in the productive sectors of the economy if we are not to compound the existing problem of graduate unemployment.

At the outset of this government’s tenure, many were those who questioned the scale of its ambitions. The facilities in our schools were just not enough to accommodate the numbers we were bent on admitting. To deal with this infrastructure problem, the Ghana Education Trust Fund was authorised to securitize a USD 1.5 billion facility to fund an accelerated boost to education infrastructure. In 2017, the government initiated 874 projects across all levels of education. Of these, 518 have been completed with provision made in the 2021 budget for continuation of the outstanding projects. Between the 2017/18 and 2018/19 academic years alone, 60 more senior high schools were added to the national tally, bringing the total number to 690. With funding from the Annual Budget Funding Amount (ABFA), government has initiated the construction of 20 Science, Technology, Engineering, the Arts and Mathematics (STEAM) centres around the country which are currently at various stages of completion. The first phase of the construction at the University of Environment and Sustainable Development has been completed and the first batch of students are already in attendance at the institution.

All of this would of course mean little if the quality on offer did not serve to advance our mission to build a knowledge economy that will improve life outcomes for the majority of our people. In this context, the government has shown itself to be committed to a future where Ghanaian children are at no disadvantage in comparison with their counterparts anywhere in the world. Under President Akufo-Addo’s instruction, significant reforms of the content and structure of our school curriculum and assessment systems have been conducted. The standards-based curriculum and the subsequent common core programme, if well implemented, will together help produce a new kind of Ghanaian graduate with the repertoire of skills and competencies that will make them assets to the country and globally competitive professionals. As head of the National Council for Curriculum and Assessment, the key regulatory agency for this particular aspect of the government’s education reform agenda, I can confidently attest to the vision and zeal that drove it and the rigour with which it was undertaken.

To complement the school curriculum reforms, teacher professional development and learning have been stepped up, with the introduction of the National Teachers Standards, National Teacher Education Curriculum Framework, and a new 4-year teacher education curriculum at the Colleges of Education as well as introducing teacher licencing regime and revisions to the manner in which teachers are assessed and promoted. We now demand greater accountability from teachers and heads of institutions, with the ultimate welfare of the child as the foremost consideration. To boost teaching and learning, 1,823 teachers from 303 basic schools have benefited from Matific training and have been equipped with pedagogical skills in teaching with technology. In addition, the government has recruited 290 school improvement and support officers (formerly circuit supervisors) to monitor the implementation of the new school curriculum. And of course, the restoration of allowances for trainees in our colleges of education is motivating more of our best and brightest to take up the profession. In 2020, we launched the Ghana Accountability for Learning Outcomes Project (GALOP), a 5-year project to improve the quality and performance of 10,000 low performing basic schools and 28 special schools. It will also update the skills of all teachers in beneficiary schools through in – service training and provide teaching and learning materials.

With so much done, there still remains a lot to do if the government’s full intentions are to be realised. The year of COVID-19 was an unwelcome interruption that could have derailed a less determined government. While government’s focus will naturally be on restoring economic growth and correcting the fundamentals, it has still, in the budget, signalled its commitment to continued improvements in the sector.

The Free SHS programme will receive GHc 1.97 billion funding this year. Government plans to absorb the registration fees for an estimated 416,066 registered candidates from public Junior High Schools. These and other interventions to ease the burdens of parents and keep students in school will cost government some GHc 200 million.

Improvements in teaching and learning will be aided by the training of 11,997 teachers on the KG-P6 Standard-Based Curriculum and 95,000 teachers on the Common Core Programme. We will also conduct the first National Standard Assessment Test (NSAT) for pupils in years 2 and 4 at the primary level. These non-promotional tests will provide us with vital dataset on pupils’ attainment of set competencies at those levels and inform further adjustments, where necessary to teaching and learning approaches.

We will also, this year, commence the five-year Ghana Jobs and Skills Project, which will develop competency-based training curricula from level one to five of the National TVET Qualification Framework (NTVETQF) for one hundred trades and professions. It will also provide apprenticeship training to a minimum of 700 private enterprises and entrepreneurship support to SMEs around the country. The government will also tackle youth unemployment with the operationalisation of Ghana Labour Market Information System and the upgrading of district public employment centres and services.

At the tertiary level, the 2021 budget will ensure the launch of the Enhanced Student Loans Scheme. As promised in the NPP’s manifesto which won the approval of Ghanaian voters in 2020, this revised scheme will allow students to access loans without the need for guarantors, which has in the past prevented a good number from doing so. This will enable more people from disadvantaged backgrounds, who have also benefitted from the free SHS programme to have an equal chance at gaining tertiary education and reaching their potential. For their counterparts in colleges of education, government will spend over Ghc 170 million for the first and second semesters for trainees.

To its credit, Akufo-Addo government has shown the will and capacity to deliver on its promises in education. After the trauma of Covid-19, with money tight and the economy in a fragile state, it will have to show that it can do more with less. This will require some more innovation in how government applies its budget in pursuit of the ambitious policy aspirations. If the first term is any guide, however, we can be confident that the government will follow through on the educational aspirations outlined in the budget.

This is important because education has been known to provide countries with the human capital boost needed to lift masses out of poverty. The achievement of its goals in education will undoubtedly empower citizens to create and sustain wealth while also enabling them to demand accountability in a way that improves governance and protects the public purse.

The writer is the Member of Parliament for Kwesimintsim and the Vice Chairman of the Parliamentary Select Committee on Education. He was previously the Director-General of the National Council for Curriculum and Assessment.